THE MONACHY DOESN'T WANT THE PRESIDENT! 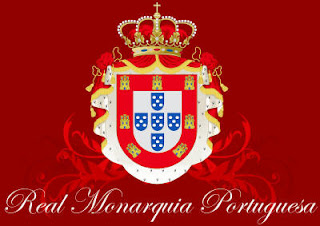 A Monarchy flag felt from the wall while the Portuguese President was talking on a press conference.
The country lives on a Republic state since 1910 but Monarchy keeps constantly present on political, historical and social issues.
For many the fact the flag from the wall where it was fixed, breaking the glass, and stopping the President, is a signal that things are going to change from Republic to Monarchy again.
Silva joked with the situation refereeing that the nail holding the flag was of bad quality and it was imported.
The former Prime Minister of Portugal during the 80’s and currently President of the Republic has always been in the middle of public discussions for his controversial speeches and actions.
The most recent polemic was when the “President of all Portuguese people”, reelected in 2011 with 2,231,956 votes out of 9,543,550 able to vote.
On a historical view, when an object felts near the current ruler of the country all the political status of the nation changes.
Salazar felt from a broken chair and died months after, leading to the end of the dictatorship two years after.
Is the Republic also end and give place to the 800 years system that put Portugal on the map?
João Lima, 18 de Outubro de 2012
TheImperialTypewriter
Publicada por Maria Menezes à(s) 18:44